This is punked. If you feel like you recognise the game as a bit of a knock off of a very small part of another game, you may well be onto something. I myself couldn't possibly say.

Punked is a tiny, browser-based game for people who are maybe just killing some time whilst they're waiting the ten minutes that another game takes to load on their awfully slow computer.

Your job is to crack sequences. You earn eurodollars with each one that you crack, and maybe you upgrade your software along the way.

There's no end or story to the game; just keep going and see how much money you can make in one session.

If you'd to play the game, there's literally no reason to give me any money. The only reason to do that is if you're after the source code yourself, or would like to keep a copy of the game in case it ever falls off the internet. Or, if you'd like to support the developer, who'd be chuffed.

You can happily play the game right at the top of this screen!

Supporting via itch.io gets you the following:

I'm no lawyer. I probably won't know what to do if you're a jerk about it, but please don't share the source code, nor resell it, even your changes.

The project is my first Svelte codebase I've written. It's been a fun adventure. I'll write up more soon, but it feels just as nice as React, if not nicer, really.

Anyway, because of that, it's not exactly an exemplar piece of JavaScript or Svelte. The tests are a little patchy. I wouldn't but this if you're hoping to learn about anything other than the very basics of Svelte.

I'll for sure accept pull requests for changes, and you'll get creditted. I'm not promising anything will get merged though - lets see how it goes.

Like I mentioned above, this is a pet project I did to play with Svelte. It's not a fully furnished game, and there's features totally missing.

I'm not currently planning on coming back to this project, buuuuuuuuut if there's any interest at all (five purchases, or $30 in revenue) I'll be happy to come back to spend a few more hours adding in some of the above features.

In order to download this game you must purchase it at or above the minimum price of £1 GBP. You will get access to the following files: 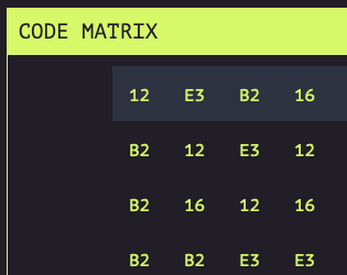